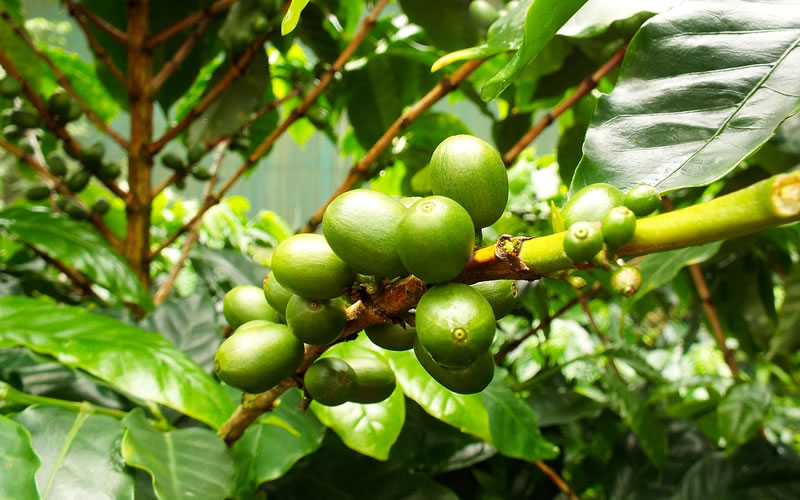 A wide-ranging digital traceability project in Uganda has shown promising results for coffee farmers, with buyers willing to pay premiums for traceable coffees above traditionally traded coffees of similar quality.

According to Ugandan coffee farmers association NUCAFE and European Union-funded project partner CTA, farmers and farmer organizations participating in the traceability program saw higher prices within months of the creation of a unique geospatial database designed to track coffee down to the small farm level.

In a published update on behalf of CTA, NUCAFE Deputy Executive Director David Muwonge said the higher prices were a direct result of traceability, which was used as a marketing force to attract global buyers.

“International buyers from Italy and South Korea have offered higher prices for coffee produced by the profiled farmers, paying €3.51 per kg [$1.80 USD per pound] instead of the less than €2.16 [$1.10 USD] generally paid for untraceable coffee of similar quality,” Muwonge wrote. “The premium increase of 24% on the basic price is directly related to product traceability, which ensures consumers that coffee farmers truly benefit from their purchase and that coffee beans carry specific geological and geospatial quality markers.”

Muwonge extrapolated those numbers to predict the potential additional income for a “typical” Ugandan arabica farm. Given these prices, a 0.4-hectare farm producing 600-kilos a year would receive an additional annual income of €850 ($961).

While the current sample size is limited, NUCAFE has received $1.3 million to expand the pilot project to six member cooperatives in the Rwenzori region over the next four years, with the goal of reaching 20,000 family farming households. The program has also attracted the attention of the Uganda Coffee Development Authority (UCDA), which has signaled an interest in adapting the traceability system to reach every Ugandan coffee farm.

Prior to partnering with CTA, NUCAFE had already been working toward traceability within its own network of 210 farms and farmer organizations, creating a simple Excel database with information supplied through member questionnaires. CTA greatly expanded the data with the creation of a “spatial database.” That involved profiling farmers with a tablet-based questionnaire from June 2017 to April 2018 that included details such as production information and GPS location.

If given privacy consent, that information was transferred to private servers before geographical information systems were applied to generate a range of maps showing farm locations and individual fields/farms. GPS data was employed to produce flight plans for drones, which were then able to capture higher-resolution images of individual farms. In the next phase of the project, coffees delivered by the participating farms will be given a QR code so they may be tracked throughout the supply chain.

While the project does raise some questions regarding the balance of traceability vs. privacy or property, Muwonge pointed out some additional potential benefits of geospatial mapping beyond mere prices.

“At a practical level, the geo-referenced data has enabled extension workers, businesses and hub managers working with the coffee farmers’ associations to improve logistics planning,” he wrote. “Having a detailed overview of the territory and location of farmers makes it easier for them to schedule coffee bean collection, effective agricultural advisory support, and supplementary services.”